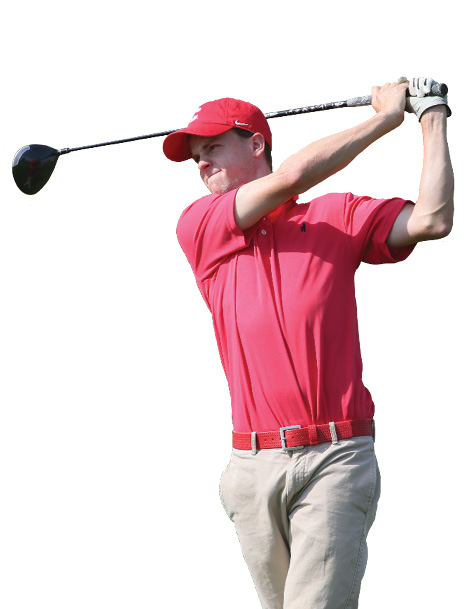 MEN’S GOLF Fresh off his Ivy title in the spring, Luke Graboyes ’17 (right) competed in the U.S Amateur in August, the leading amateur golf tournament in the country. He shot a solid 72 in the first round of play at Oakland Hills Country Club in Michigan before shooting an 82 on the second day. Graboyes earned his way into the 312-man field by taking second in a qualifying event in Scotch Plains, New Jersey.

WOMEN’S HOCKEY Three Big Red players were named to the 23-member Canadian National Women’s Development Team during the summer. Hanna Bunton ’17, Micah Hart ’19, and Kristin O’Neill ’20 played in a three-game series against the U.S. in August and will compete for spots on the team that will compete in the 2017 Nations Cup in January. 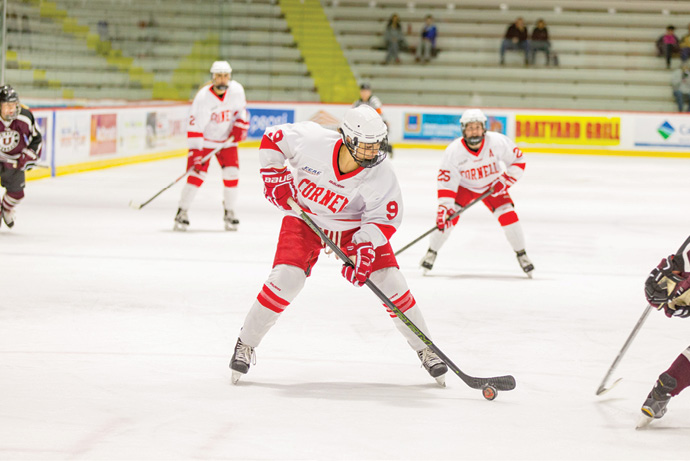 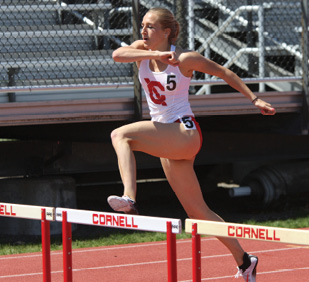 TRACK AND FIELD The North American, Central American, and Caribbean (NACAC) U-23 Championships took place in El Salvador in July, with three Cornellians earning medals. Stephen Mozia ’15 won the shot put with a Nigerian national record throw of 68 feet, 3-3/4 inches, while Rudy Winkler ’17 was second in the hammer throw and Taysia Radoslav ’18 (right) helped Canada earn a bronze in the 4×400-meter relay.

FOOTBALL To celebrate 80 years of issuing its weekly college football polls, the Associated Press ranked the top 100 college football programs of all time, using a formula based on its 1,103 polls. Cornell earned the 72nd spot in the all-time rankings, second best in the Ivy League, largely based on its success near the middle of the 20th century. The Big Red is the only Ivy team to have held the top spot in a weekly AP poll, spending four weeks there in 1940.

MEN’S ROWING Three recent grads took part in the World Rowing Under 23 Championships in Rotterdam in August. Michael Colella ’16 and Cuyler Hamilton ’16 made up half of the United States’ men’s four boat, which finished fourth overall, and Greg Davis ’16 was a member of the men’s eight boat that placed tenth.

WOMEN’S HOCKEY Cassandra Poudrier ’16 became the sixth Cornellian to be selected among the top ten picks in the Canadian Women’s Hockey League Draft when she was taken tenth overall by Montreal’s Les Canadiennes. Taylor Woods ’16 was a fifth-round pick of the Brampton Thunder.

MEN’S LACROSSE Former Cornell star Rob Pannell ’12, BS ’13, continues to rack up laurels. This time he picked up Offensive Player of the Year honors in Major League Lacrosse after collecting a league-record 74 points on 42 goals and 32 assists. Pannell is the first Ivy League alum to win the award, which is voted on by MLL coaches and general managers.

MEN’S LACROSSE Jordan Stevens ’15 has returned to his alma mater as an assistant coach, replacing Chris Kivlen, who became head coach at Quinnipiac. Stevens was a two-time unanimous first-team all-Ivy pick during his playing career.