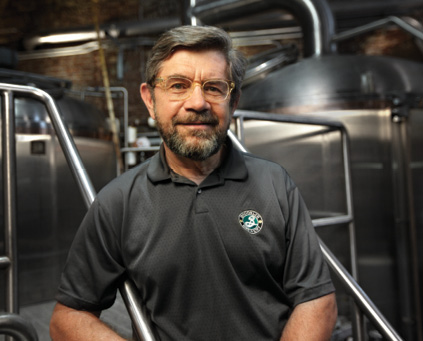 After graduation, Steve Hindy ’71, MA ’73, put his newly minted teaching credential to work in an Ithaca High School English class. It didn’t go well. “I almost had a nervous breakdown,” Hindy recalls. “It’s the hardest thing I ever did in my life.”

Hindy says it like he means it—which is especially intriguing given what else he’s done. Hindy has been a war correspondent; he’s been abducted in Lebanon by militiamen who tortured and killed his traveling companions; he’s been robbed at gunpoint in his own office; he’s been roughed up by New York mobsters. And, most famously, he’s built a brewery up from nothing into a Brooklyn icon that helped usher in the borough’s renaissance. 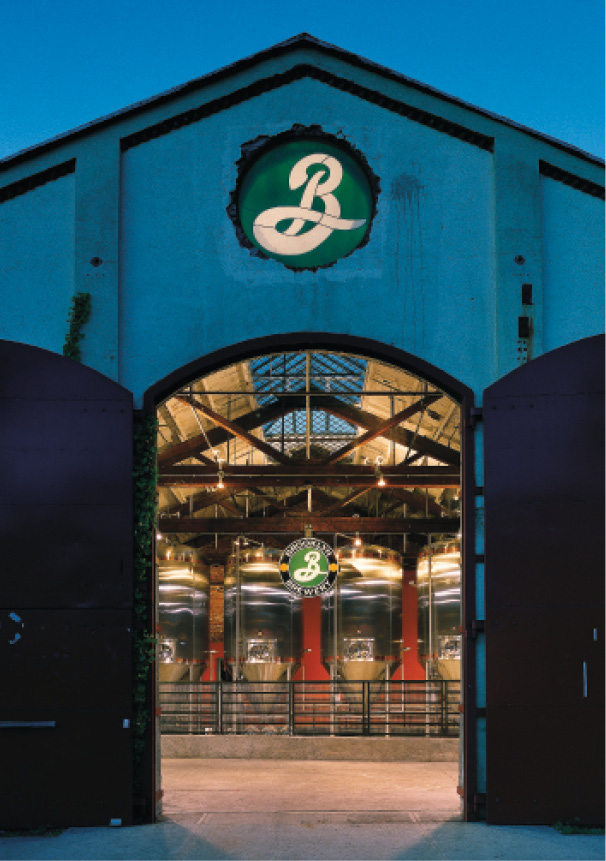 Hindy is a co-founder of Brooklyn Brewery, the Williamsburg mainstay that has for decades been at the forefront of the American craft beer movement. What started as a tiny operation that sold its wares out of a truck has grown into the largest exporter of craft beers in the U.S., in addition to domestic sales across the eastern half of the country. “People ask me if I ever thought we’d get this big, and the answer is, ‘Hell yes,’ ” Hindy says with a laugh. “But I never thought we’d be selling a lot of beer in London and Paris and Stockholm.”

The brewery’s 130 employees work out of a facility that has variously housed an iron works, a stained-glass window factory, and a matzo ball producer. Now it’s a magnet for beer lovers—both tourists and locals—who flock to its tasting room, tours, and cultural events. With real estate becoming ever pricier and industry increasingly pushed out of the city, the brewery is a vestige of New York’s bygone identity as a manufacturing base. As former Mayor Michael Bloomberg said in his introduction to Beer School: Bottling Success at the Brooklyn Brewery, which Hindy wrote with co-founder Tom Potter: “Steve and Tom believed in Brooklyn’s history—its rich traditions: Walt Whitman, Jackie Robinson, and all the Dodger greats, Coney Island and the Cyclone, the Brooklyn Bridge—to name a few. They understood that Brooklyn is more than an address; it’s a spirit, an attitude, an identity. And they bet—correctly—that hometown pride would lead New Yorkers to embrace Brooklyn beer as their own.”

While some of Brooklyn Brewery’s products are made in the Upstate city of Utica, the Williamsburg plant is a busy, noisy hub of beer-making and bottling, dominated by giant fermentation tanks and a snaking production line. (A state-of-the-art production facility on Staten Island is in the works, Hindy says, and the brewing that’s now contracted out to the Utica plant will eventually move there.) Its flagship beer, Brooklyn Lager, comprises more than half of its total production; other regularly available products include a German-style pilsner, several variations on India Pale Ale, and a wheat beer made of New York State grain, malt, and hops. There’s a wide variety of seasonal offerings including a black chocolate stout, a pumpkin ale, and an Oktoberfest, plus a specialty line dubbed the Brooklyn Quarterly Experiment. Sold in Champagne-style bottles, BQE beers riff on flavors like coffee, cherries, and orange peel; they’re aged in barrels, housed in the Brooklyn Navy Yard, that once contained bourbon and other spirits. “The birth of craft beer and the growth of Brooklyn Brewery are all connected to the increasing sophistication of American consumers,” Hindy observes. “Let’s face it: I was brought up eating Kraft cheese slices and Wonder Bread and having dinner out of cans, but today many Americans have traveled around the world; we know what real cheese is and what real wine is. People are looking for products that aren’t mass-produced, that are artisanal and locally sourced. Craft beer is part of that story.”

When Hindy and Potter (a banker who lived downstairs from Hindy in Park Slope) founded the business in 1981, neither the brewery’s success nor the borough’s was a slam dunk. For one thing, Hindy’s background hardly set him up to be a beer mogul. After fleeing his high school English job he got into journalism, eventually becoming the Middle East correspondent for the Associated Press. He covered wars and the Iranian revolution; when Egyptian president Anwar Sadat was assassinated, Hindy was sitting behind him. After Hindy, his wife, and their two children moved back to the U.S. and settled in Brooklyn, Hindy found his editing job at Newsday a bit dull by comparison. Having gotten a taste for homebrew in Cairo—where he’d met American diplomats who’d taken up the hobby while serving in Islamic countries where alcohol is forbidden—Hindy convinced Potter to join him in quitting his day job. They raised $500,000 from investors, recruited a veteran brewmaster, and embarked on what Hindy describes as fifteen years of “really grueling work and a lot of sleepless nights.”

Among the more dramatic moments: being held at gunpoint by armed robbers, who forced Hindy to open the brewery’s safe and fork over $30,000 in cash (for which the business had no insurance). And then there was the time, in the borough’s grittier days, when those low-level mobsters came by to shake him down—and Hindy somehow managed to talk them out of it. “At a critical moment, this guy slammed me into the wall, and then he burst out laughing,” Hindy recalls. “And all his guys started laughing, and he said he was going to leave us alone. And then he said he’d like me to come to his Christmas party. Luckily, he went away—and he never did invite me.”