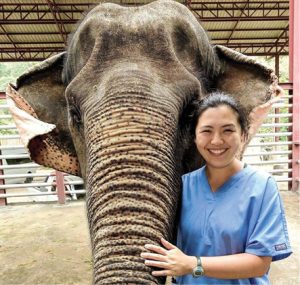 Yau with a pachyderm patient in Thailand last summer.Provided

Elvina Yau aims to coin a new job title: veterinary photojournalist. A second-year vet student, Yau is a fearless traveler and an avid amateur photographer. She has worked on wildlife conservation projects on three continents and counting, chronicling her adventures on a WordPress blog dubbed Elvina the Explorer. “I’ve always identified with this innate adventurous spirit, and I’ve always been an advocate of the intersection between art and science,” says Yau, a first-generation American whose parents emigrated from Hong Kong. “I realized I could use photojournalism as a platform to highlight the human-animal bond, inform about environmental issues, and teach people about animal welfare.”

A Long Island native—“It was comfortable, but not exactly teeming with wildlife”—Yau took her first international trip as an undergrad at Penn, where she studied neuroscience and creative writing. She spent the summer after sophomore year in an Argentine forest, slogging through mud and knee-deep swamps to track owl monkeys living high in the canopy. Her junior year, she spent a semester in Australia studying kangaroo behavior, perched in a hilltop observation deck for hours on end. Last summer, after her first year of DVM studies, she journeyed to Thailand to do research on elephant welfare at a facility affiliated with a local vet school.

Yau blogged about the most recent trip—funded through a Vet college program that sends students to developing countries for research and clinical work—in a series of posts called “The Elephant Diaries.” It describes such experiences as assisting with a field necropsy (veterinary autopsy) on an 8,000-pound male, treating a baby with a potentially fatal illness, and visiting the “Elephant PooPooPaper Park,” where she crafted environmentally friendly paper from recycled dung. She also took numerous photos with her high-quality digital camera (a DSLR), not only of wildlife, but of landscapes, people, cultural sites, and—being a self-described “huge foodie”—tantalizing meals. “When I take photos I try to do it with intention,” she says. “I’m thinking about what story I’m trying to tell with this picture.”

This summer, Yau will add a fourth continent to her travelogue: she has a grant to join a cheetah nutrition project in Namibia. After graduation, she plans to parlay her varied passions into a novel career—doing clinical work, promoting conservation, and conducting research around the world, then sharing those experiences with a broad audience through words and pictures. “It’s kind of invigorating, the prospect of being a trailblazer in an unconventional field,” she says. “This is the perfect niche for me and my strengths, where I could lend a healing hand and a compelling image, and give a resonant voice to our voiceless cohabitants of the animal kingdom. Whether they’re shelter animals or endangered species, these are creatures who need our help.”

Wild Kingdom: a sampling of photos from Yau’s travels 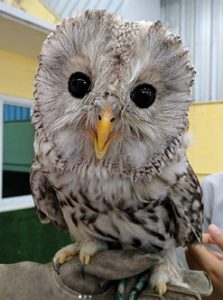 A barred owl in a zoo. 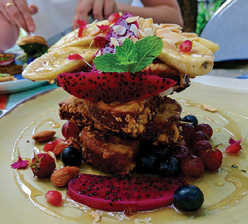 A brunch of French toast with dragonfruit. (Photo Elvania Yau.) 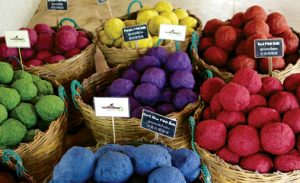 Colorful balls of paper pulp made from elephant dung. 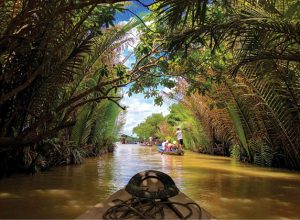 A boat ride during a foray to Vietnam. 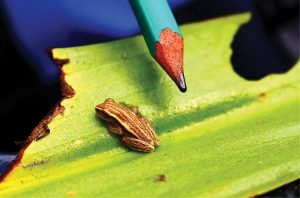 A tiny frog that Yau observed while studying owl monkeys in Argentina in college.

A pack of elephants at a reserve.