In the late Eighties and early Nineties, censorship was a hot topic. Museum directors were being prosecuted for displaying the sexually explicit work of photographer Robert Mapplethorpe. Conservative “pro-family” organizations were urging advertiser boycotts of edgy TV shows like “NYPD Blue.” Some Americans were outraged by taxpayer support of allegedly obscene art, including Andres Serrano’s infamous photograph Piss Christ. 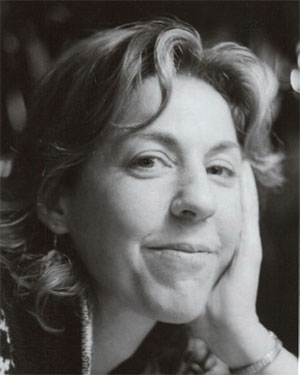 Among the lightning rods of the era was Karen Finley, a performance artist known for audacious acts such as smearing her naked body with chocolate—creating, as she put it, “a symbol of women being treated like dirt.” When Finley and three other artists, dubbed the NEA Four, lost federally funded grants in the wake of a Congressional crackdown on outré material, they sued. They argued that Congress’s new requirement—that grantees meet “general standards of decency and respect for the diverse beliefs and values of the American public”—was a violation of the First Amendment.

They won—but the government appealed, and the case eventually went to the Supreme Court. And sitting “second chair” during oral arguments for National En­dow­ment of the Arts v. Finley, on the side advocating free expression, was Marjorie Holt Heins ’67.

A longtime First Amendment lawyer, author, and academic, Heins has worked on free speech and civil rights issues from a variety of perspectives. Early in her career she was a journalist for alternative newspapers in San Francisco; her first book, Strictly Ghetto Property: The Story of Los Siete de la Raza, chronicled a racially charged 1969 case in which a group of Latino youths was acquitted in the death of a police officer. She has served as a staff attorney for the ACLU, arguing freedom of speech cases in federal court; they include a 1997 Internet censorship case brought by six college professors in Virginia, who claimed that a law prohibiting state employees from accessing sexually explicit materials online could hamper academic freedom. “One of our plaintiffs was an expert in the poetry of Swinburne,” Heins explains, “and there’s some kinky stuff in Swinburne.” (They won, but the decision was reversed on appeal; the ACLU appealed to the Supreme Court, which declined to hear it.)

Heins has also worked on the other side of the courtroom. As head of the civil rights division for the Massachusetts Attorney General’s office, she was called upon to defend state law. But even there, she was no stranger to controversy: during her tenure, she headed an investigation in the wake of the notorious Carol Stuart murder. In 1989, Charles Stuart claimed that a black man shot him and killed his pregnant wife in the Roxbury section of Boston, prompting a massive, racially charged manhunt and the arrest of a suspect. It later came to light that Stuart had murdered his wife, shot himself, and concocted the story. It fell to Heins to explore how the homicide unit had conducted its investigation, which left many of the city’s African American men feeling that their civil rights had been trampled. “This,” she notes, “didn’t make me popular with the police department.”

Heins grew up in Brooklyn in the Fifties, the daughter of a high school social studies teacher and a homemaker. “It was the Cold War, and we had to hide under our desks during defense drills,” she recalls with a wry laugh. “That was going to save us from nuclear attack by the Soviet Union.” At Cornell in the mid-Sixties, she majored in English and reported for the Daily Sun. “I got interested in the civil rights movement,” she says. “I wanted to go south one summer to register voters in Fayette County, Tennessee, but my parents wouldn’t let me—and I wasn’t yet prepared to defy them.” She joined the Cornell chapter of Students for a Democratic Society, becoming passionately involved in the antiwar movement and the burgeoning political activities of the New Left. After graduation she married a classmate and, after time in New York City, they made their way to San Francisco in an old camper van; they were en route when they heard that Robert Kennedy had been assassinated.

The couple had two children and eventually relocated to Boston, where Heins attended Harvard Law School with the aim of using her JD to promote freedom of speech and social justice. In addition to front-line litigation, she has authored several books including Cutting the Mustard: Affirmative Action and the Nature of Excellence; Sex, Sin, and Blasphemy: A Guide to America’s Censorship Wars; and Not in Front of the Children: “Indecency,” Censorship, and the Innocence of Youth. Her most recent—Priests of Our Democracy: The Supreme Court, Aca­d­emic Freedom, and the Anti-Communist Purge—came out in February.

Today, Heins lives on the Upper West Side of Manhattan and teaches a course on censorship at NYU. She’s also the founder of the Free Expression Policy Project, a small nonprofit that describes itself as a “think tank on artistic and intellectual freedom.” Even in the age of the Internet—when Americans often feel more bedeviled by information overload than by constraints on expression—Heins says that censorship remains a threat. Among her concerns, she cites the concentration of media in the hands of large corporations; declines in investigative journalism in the wake of newspaper cutbacks; the persistent use of “loyalty oaths” by some employers, including the State of California; the perennial debate over indecency in broadcast media; and an increasingly secretive government in the post-9/11 age. “Whether we technically call it censorship,” she says, “we do have to worry about what information people are getting—or not getting.”