On ABC’s political soap opera “Scandal,” actor Scott Foley foments all manner of melodrama in his role as the mysterious and violent spy Jake Ballard. But on a recent episode of a celebrity genealogy show, Foley coped with some real-world tragedy, as he learned the fate of an ancestor— one of just five men hanged in the notorious Salem witch trials. After Cornell historian Mary Beth Norton showed Foley documents revealing that his eighth great-grandfather confessed to witchcraft—then recanted and was convicted—the actor’s eyes widened in shock, and he was momentarily at a loss for words as he contemplated his ancestor’s unjust end. “He says, ‘I lied because I thought it was going to save my life, but it doesn’t matter now, so I take it all back,’ ” Foley observed. “This is just amazing.”

Norton’s appearance on an episode of TLC’s Emmy-nominated “Who Do You Think You Are?” that aired in April was the latest foray into TV for the historian, a well-respected scholar of Colonial-era America who has made a minor sideline of explaining the period to a general audience. Thanks to her expertise on the witch trials, Norton has also been tapped as a “talking head” for programs on the History Channel, the Discovery Channel, and PBS; the Foley show was her second stint on “Who Do You Think You Are?,” following a 2010 episode featuring “Sex and the City” star Sarah Jessica Parker.

Thanks to her expertise on the witch trials, Norton has also been tapped as a ‘talking head’ for programs on the History Channel, the Discovery Channel, and PBS. 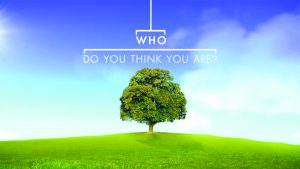 Norton had started out in academia focused on the American Revolution, later gravitating toward the witch trials as she became increasingly intrigued by the role of Colonial-era women in the public sphere. Says Norton: “The women who were active accusers in the Salem witchcraft episode take the most prominent public role of any women in American history right up to the Suffrage movement.” In 2002 she published In the Devil’s Snare, an analysis of the trials that sprang out of her study of more than 6,000 seventeenth-century court records. (The book includes an unorthodox thesis: that the paranoia that sparked the trials can be connected to the Indian wars in New England, with European settlers believing that their enemies were in league with the devil.) Norton’s other books include a 1997 Pulitzer Prize finalist, Founding Mothers & Fathers: Gendered Power and the Forming of American Society.

After forty-five years of teaching on the Hill, Norton retired in June. She’s now at work on another book on the American Revolution—and says that she’s open to more TV appearances. Asked if she was star-struck in the presence of the celebrities, she admits that she’d never even heard of Foley before the show; though she recognized Parker, she says working with her was “comfortable and fun.” Like Foley, Parker learned via the show that an ancestor had been accused of witchcraft—though in her case, the trials ended before the defendant was prosecuted. Norton notes that in shooting both episodes, the details were shrouded in secrecy; she was not only forbidden from discussing her brushes with fame until after the shows aired, she didn’t even know in advance which actors were being featured. “They didn’t tell me until very late in the day who the celebrity was,” Norton says. “I had to sign a statement that if I revealed who the person was, they would basically take my life away—they’d sue me for everything I have.”