Nilo Otero ’76 likes to joke that one of his favorite parts of his job is that “famous millionaires ask me for permission to go to the bathroom.” A Hollywood veteran, Otero has had a decades-long career as a first assistant director on major motion pictures—serving as the number-two person on a movie set, second only to the director. 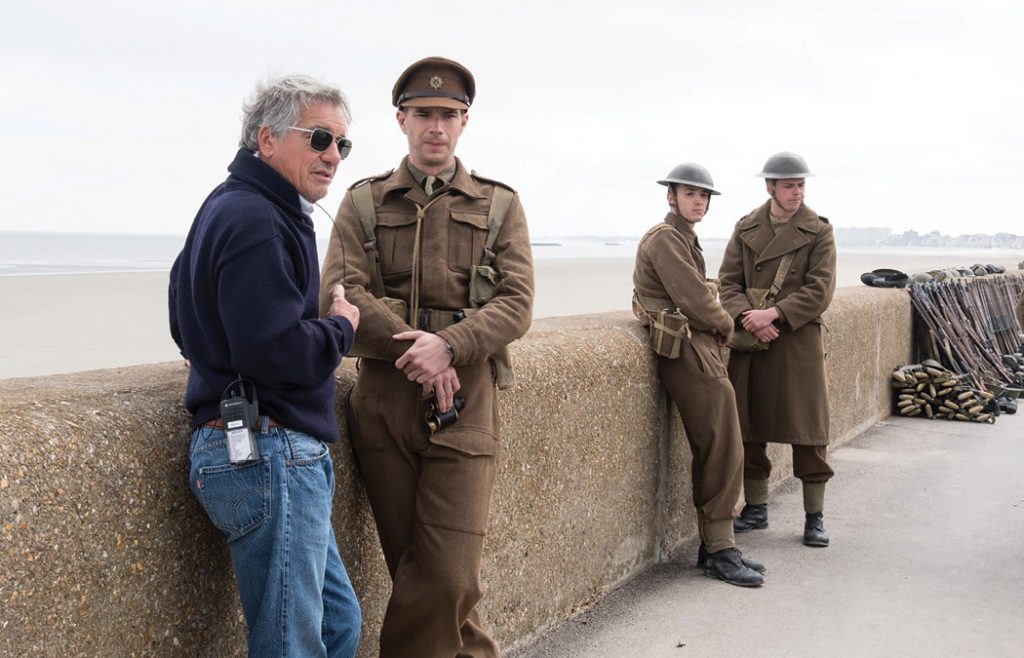 A film’s “first AD” solves problems, oversees the crew, schedules the actors, and makes sure everything runs smoothly—which can even include coaxing stars out of their dressing rooms if they’re having a bad day. “I run the set so the director can concentrate on the creative aspects of production,” explains Otero, who has worked on some fifty film and TV projects since entering the business as a production assistant in the early Eighties. “I take care of all the details.” Among the many bold face names he’s worked with over the years: Leonardo DiCaprio (Inception, Blood Diamond), Bruce Willis (The Siege), Tom Cruise (The Last Samurai), Brad Pitt and Gwyneth Paltrow (Se7en), Russell Crowe and Ryan Gosling (The Nice Guys), Denzel Washington (Fallen), Christian Bale (The Dark Knight), Dwayne “The Rock” Johnson (The Scorpion King), Nicole Kidman (Trespass), and Ewan McGregor (American Pastoral).

Typically, Otero’s work begins a few months before filming starts, when he creates the shooting schedule. He starts by breaking down the script based on each scene’s content. “Then I sit with the director and show him my notion of how it should be shot,” says Otero. “I need to understand what’s important and what’s not.” During filming, Otero always stays by the camera. “Everything happens at the camera,” he says. “It’s the axle around which the making of the movie revolves. I have a radius of operation of about fifteen feet.”

On the recent Oscar-nominated drama Dunkirk, that sometimes meant standing chest-deep in the English Channel while boat scenes were being shot. Directed by Christopher Nolan, the film chronicles the rescue of more than 300,000 Allied soldiers off the beaches and harbors near Dunkirk, France, after the Germans overran the country in 1940—which meant that many of its scenes were shot on water. Twice a day, during high tide, one of the beach locations would disappear. “We’d shoot close-ups or turn the camera in another direction,” Otero says. He and Nolan have made five movies together: Inception, Interstellar, Dunkirk, and the Batman entries The Dark Knight and The Dark Knight Rises. “Chris is the only person I’ve worked for who doesn’t use a second unit,” he says, referring to a separate crew that shoots stunts and some action sequences. “We do it all. Everything is as real as it can be—real airplanes, real guys.” 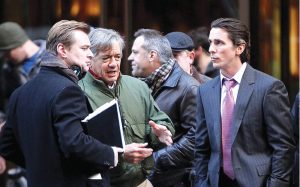 Otero (center) conferring with Nolan (left) and star Christian Bale (right) on the set of The Dark Knight Rises.BLACK/startraksphoto.com

On smaller-budget films, Otero may have just three assistant directors to help him; on The Dark Knight, by contrast, he had more than 100 people working for him at times—like when a helicopter was used to film (and also appeared in) a dramatic chase sequence involving the Joker, an armored police van, a tractor-trailer, and the Caped Crusader on a souped-up motorbike. “Most of them were safety monitors,” he explains. “The FAA won’t let you have people walk out of buildings with a helicopter flying as low as ours was. We had to lock up Chicago for three weeks, so we needed a person in every doorway of the flight path. We also filmed vehicles moving at 100 miles an hour on the street, so we needed those safety monitors to keep people away.”

Otero attributes his cool under pressure to his San Francisco childhood: raised by a single mother who worked long hours, he spent a lot of time on his own. “I was a latchkey kid,” he says. “From the time I was nine, I would hit the streets looking for empty Coke bottles and coins in telephone booths to get money to go to the movies. There were five theaters I could walk to.” He brought his love of film to Cornell, majoring in English, but also taking a film class and spending hours at Cornell Cinema. “I think a movie is best seen in the dark with an audience of strangers,” he observes.

On the Hill, Otero was a member of the fencing team, twice earning All-American honors. He didn’t have a clear career path after graduation—until a friend from fencing helped him land his first Hollywood job, at a small film production company. One gig led to another, and he eventually joined the Directors Guild of America’s training program for assistant directors, where he gained experience on the sets of major Hollywood movies like Against All Odds, Red Dawn, and Starman. He completed the program in 1986 and got work as a second AD on such films as Black Widow, Barfly, In Country, and Summer School. He graduated to first AD with By the Sword, a 1991 fencing drama starring F. Murray Abraham of Amadeus fame; he has held the position on about thirty projects to date, including the pilot episode of the blockbuster TV show “CSI.”

Otero’s second job as a first AD—the 1993 drama Jack the Bear, starring Danny DeVito as a widower raising two boys—proved to have a Big Red connection that made for an affecting reunion. The movie was based on a novel by English professor Dan McCall, who taught Otero creative writing on the Hill—and seventeen years later, they saw each other again when the author visited the movie set. “I tapped him on the shoulder and said, ‘Hello, Professor McCall,’ ” Otero recalls. “It was an amazing moment for me that connected two different parts of my life.”

One thought on “Call to ‘Action’”