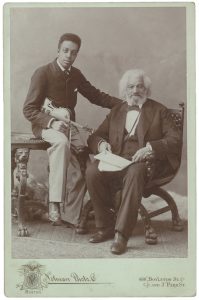 There are famous faces: Martin Luther King Jr., Malcolm X, Harry Belafonte, Lena Horne, James Brown, Muhammad Ali, Rosa Parks, and many more. There are images of everyday people: men in a barbershop; an elderly couple on a rural porch; a family around a dinner table; a little boy with one arm flexed like a prize fighter; a woman at a gospel service in enthusiastic prayer. Then there are the photos that depict average Americans within the context of history, from Civil War soldiers to civil rights protesters.

Among the many treasures at the Smithsonian’s National Museum of African American History and Culture are these photographs—and more than 20,000 others, spanning the last century and a half and encompassing a variety of media. Collecting and studying them is the purview of Rhea Combs, MPS ’94, the museum’s founding curator of film and photography. “This is truly a gift, in that I get the chance to help tell the American story, literally through the African American lens,” she says of her job. “I have the opportunity to do the work I love, in a place that is providing this country with a chance to address, recognize, and maybe even reconcile with some of its past. I get to see throngs of people—across racial backgrounds, class distinctions, and even national boundaries—coming through the doors and connecting with these stories. And in many instances, the images that they see become a window into making a connection with their own personal story.” 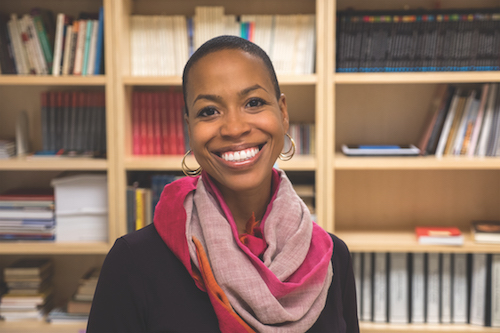 Located on the National Mall near the Washington Monument, the museum opened in September 2016, roughly a century after it was first proposed. Its holdings chronicle the tragedies and triumphs of African American life: a slave cabin dating from 1850s South Carolina; a lace shawl that Queen Victoria gave Harriet Tubman; Jesse Owens’s track shoes and Michael Jackson’s fedora; a segregated rail car from the Jim Crow era; Obama campaign buttons; the casket in which murdered teenager Emmett Till was displayed at his wake, a catalyzing moment in civil rights history. “About a quarter of our visitors have never been to a museum before,” Combs notes. “That says that we are addressing a demographic that clearly did not feel that other institutions spoke to their needs and desires. It lets us know that we are answering a call here, providing people with a whole other lens and perspective.”

A Detroit native, Combs grew up visiting museums like the city’s Institute of Arts, whose huge Diego Rivera murals made a particular impression. She majored in communication at Howard University before coming to Cornell for a master’s in Africana studies; her thesis was on independent filmmaker Julie Dash, whose 1991 drama Daughters of the Dust was the first movie directed by an African American woman to gain wide release. After helming a Smithsonian conference on a century of black cinema, Combs spent five years working for cultural institutions in Chicago before earning a PhD in American studies from Emory University. (Her dissertation was on another African American filmmaker: Marlon Riggs, a gay rights activist and documentarian who died of AIDS in 1994.) “I knew that I enjoyed writing and scholarship, but I didn’t only want to be a teacher,” Combs says of pursuing a curatorial career. “I wanted to do more public scholarship, where you’re able to connect with people of all different backgrounds and ages and bring ideas to the fore in innovative ways.” 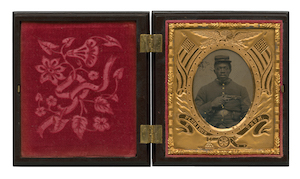 Combs was tapped for her current position in 2013, working to build the museum’s collection in the years before it opened. Many acquisitions were donations of heirlooms kept for generations, such as a pocket-sized album containing photos of an African American Civil War regiment, given by the descendants of their white captain. In addition to the vast trove of photos—including stereographs, daguerreotypes, glass-plate negatives, silver gelatin prints, and more—Combs’s department holds about 400 films or film fragments as well as some audio recordings. Among her favorite items is a tintype depicting a couple wed in 1874, along with their marriage certificate. “During chattel slavery, it was illegal for African Americans to marry—and you see this couple, shortly after Emancipation, being married, celebrating it, recognizing it with this document, and putting their image on display, asserting their citizenry,” she says. “This image embodies the importance of strength, fortitude, and resilience—that many African Americans endured a harsh history, but still were able to celebrate, recognize, and create love.”

Among the shows that Combs has curated is Through the African American Lens, a photography exhibit that ran through October 2017. (Many of its images were collected in a book of the same name, for which she wrote the introduction.) Currently on view is Represent: Hip-Hop Photography, which pairs hip-hop images with historical ones that have similar themes—for example, a 1930s portrait of blues singer Gladys Bentley with a 1991 shot of rapper Queen Latifah. And running through next June is an exhibit that took her the better part of two years to organize: Watching Oprah, which explores both the early influences on Winfrey’s life and career and the ways in which she has shaped American society. Combs is currently at work on the museum’s inaugural film festival, to be held in late October. She’s also involved in planning how to display one of the museum’s recent acquisitions: the superhero costume worn by the title character in the blockbuster movie Black Panther. 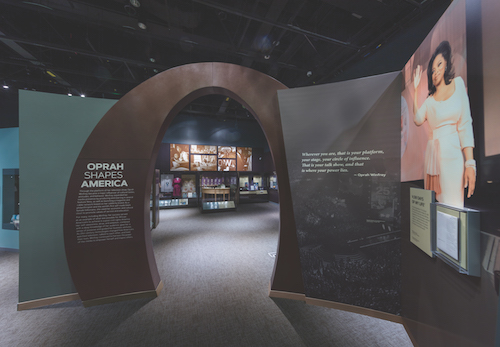