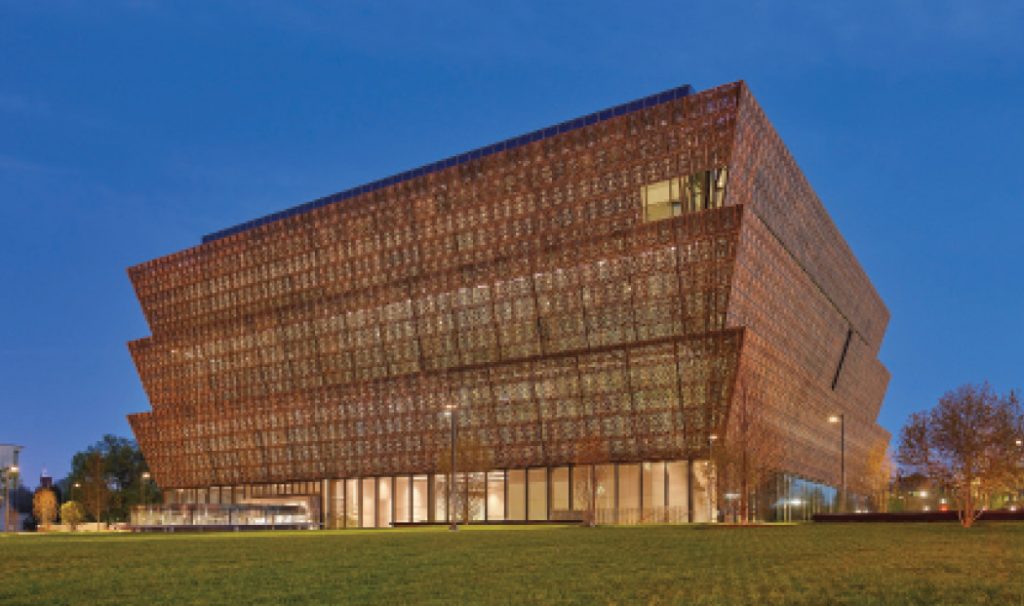 LANDMARK BUILDING: The museum features a crown-shaped form and a distinctive metalwork skin.

When the Smithsonian’s National Museum of African American History and Culture opened in Washington, D.C., last September, it was the culmination of an effort stretching back a century. The distinctive 400,000-square-foot structure—with its bronze-colored aluminum façade inspired by a three-tiered crown depicted in West African sculpture—was one of the year’s most high-profile buildings. The first new Smithsonian museum in a dozen years, it occupies a prime spot near the Washington Monument. “This building is going to get immense visitorship, and it needs to last at least 200 years,” says Michael Rantilla, BArch ’96, one of several AAP alums who helped bring the museum to fruition. “Typical projects don’t have that kind of longevity built into them. This is the end result of over 100 years of planning and vision by prominent African Americans, and the responsibility of that always weighed on your mind.” 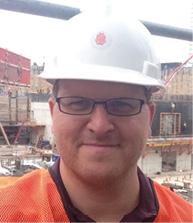 Rantilla served as a senior project architect—what he describes as a “technical leader, with knowledge of how a building goes together”—with the firm, then known as the Freelon Group, that was charged with producing the drawings and construction documents for part of the museum’s interior. (Another AAP alum, Mark Hill, BArch ’84, who also worked at Freelon at the time, served as a manager for the project, overseeing aspects like scheduling and finance.) The firm was responsible for the above-ground interiors of the structure, which also comprises several floors of galleries and other facilities located below street level. “In many ways, for an architect, this was a once in a lifetime building,” Rantilla says. “I feel immense gratitude that I was able to be part of it.”

For Rantilla and the myriad other building and design professionals who worked on the museum, it was a massive effort made even more complicated by the need to coordinate with and gain approvals from more than a dozen agencies, from the National Park Service to the D.C. fire department. “There’s a lot of internal management to deliver a project that large, with that many stakeholders on the design side,” says Brandon Padron ’01, BArch ’02, who worked at David Adjaye Associates, the building’s lead architect, during the museum’s design process. “You’re dealing with governmental oversight and a large team to build a complex building, and obviously you’re trying to deliver a beautiful project in the end. There were a lot of competing interests to balance, but it worked out well, and I look back on it as a proud part of my career.” 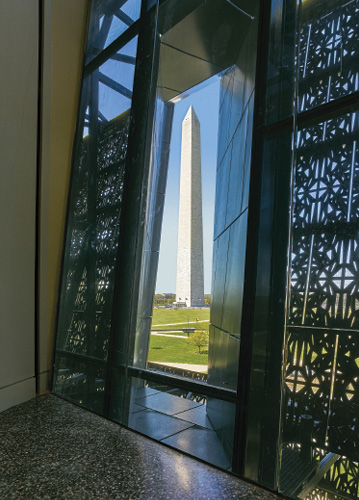 Windows of the museum showcase views of D.C. landmarks like the Washington Monument.

Padron now lives in California and is an associate partner with a firm designing the new Apple campus in Cupertino; during his tenure with Adjaye he was based in New York but spent significant time in D.C. working on the museum project. (David Adjaye, a Brit of Ghanaian heritage born in Tanzania, is a rising architectural star who was recently knighted by Queen Elizabeth II.) Padron notes that the facility’s separation into above- and below-ground sections, with the entrance at street level, is a defining and symbolic aspect of its design. “You come into the museum in the middle, rather than from one end,” he says. “That was an intentional part of the narrative—you enter in the middle of history.”

The lower galleries—which Adjaye has described as “a kind of crypt”—cover such complex historical issues as the slave trade, emancipation, segregation, and the civil rights movement; the upper floors, which form the building’s “crown,” house exhibitions on African Americans in sports, TV, pop music, and other contemporary fields. “I wanted the journey from that crypt up into the corona to be analogous to history,” Adjaye told the New York Times, “as a kind of migratory process, toward the light.”