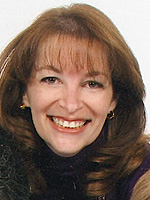 Robyn Lipsky Weintraub ’91 has been making crosswords for eight years. Her puzzles have appeared in the New York Times, Los Angeles Times and other publications. She lives in Rye Brook, New York with her husband, Jeff Weintraub ’91, MD ’95. Son Bryan ’21 is a sophomore Hotelie, and daughter Lauryn is a junior in high school. In 2017 Robyn helped start a local activist group and became a campaign manager in a county election. She is currently a legislative aide in the Westchester County government.

For a hint that reveals the puzzle’s theme, click here.

If you want even more Cornell-themed crosswords, you will find two by Fred Piscop ’70 in our September/October 2017 article “Puzzling it Out” and one by Adam Perl ’67 in our sesquicentennial Cornelliana.

Square 33 is filled by the word PUMPKIN