For Jacques Bailly, PhD ’97, the winning word at the 1980 Scripps National Spelling Bee was “elucubrate”—which, aptly enough, means “to work out or express by studious effort.” At fourteen, Bailly was crowned America’s spelling champion, taking home $1,000 and a nice set of encyclopedias. But his orthographic career didn’t end there: since 2003, he has been the bee’s head pronouncer—an unflappable presence on national TV who reads each word aloud and answers contestants’ queries about definition, usage, language of origin, and more. “I think it’s kind of amusing, and bemusing, that people pay attention to me, because I’m just there to deliver the words,” says Bailly, a classics professor at the University of Vermont. “All I do is sit there and talk like I normally do, though I try to pronounce words a bit crisper. It just feels like a mini-conversation with each speller.” 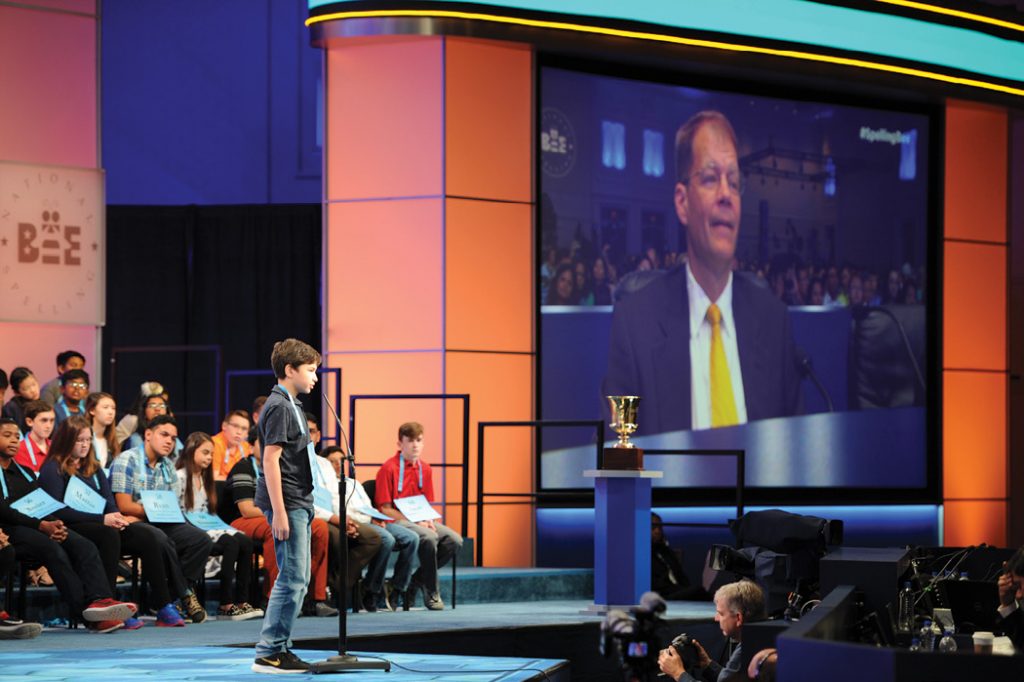 Bailly’s love affair with competitive spelling began in the sixth grade, when his teacher tapped him to be on the spelling team at his Catholic school. He made it to the national competition on his third try and took home the title. “If you want to win the National Spelling Bee, you have to make great friends with the dictionary,” he says. “You need to decide, ‘Today I’m going to look at all the words that come from Hawaiian, and figure out how they got into English and what they mean’—and then do the same thing with German [and so on].” Plus, he says, “you have to really enjoy words—to have this attitude of ‘That’s a neat one; I’ll put it in my collection.’ ”

Among Bailly’s favorite bee moments are some now-classics (all available for viewing on YouTube), like the time in 2007 when he gave a boy the word “sardoodledom”—and the kid completely cracked up, before spelling it correctly and returning to his chair with enormous glee. (According to Merriam-Webster, whose unabridged volume is the bee’s official dictionary, it means “mechanically contrived plot structure and stereotyped or unrealistic characterization in drama.”) Another howler came the following year, when Bailly gave a competitor the word “numnah” (“a felt or sheepskin pad placed between a horse’s back and the saddle to prevent chafing”)—and the horrified boy thought he’d said “numbnut.” (According to Urban Dictionary, one of its less profane definitions is “the stupidest of the stupid.”) 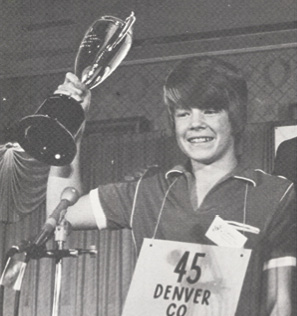 Hefting the trophy in 1980Provided

Asked to contemplate the national bee’s enduring popularity—it is, after all, broadcast on ESPN—Bailly cites multiple reasons for its appeal. There’s the fact that it’s so democratic, with kids from all backgrounds and creeds competing; then there are the contestants’ reactions, which are often entertainingly unvarnished. Plus, he says, “it’s pretty dramatic; there’s this moment of, ‘Will they get it right? Will they get it wrong?’ There’s also, ‘Do I know how to spell that word? Do I even know what that word is?’ There’s this slack-jawed amazement that these kids know these words that adults don’t.”

A Brown undergrad, Bailly did his Cornell classics dissertation on a lesser-known Platonic dialogue. He began volunteering for the national bee in 1990, having offered his services as a past winner with facility in French, German, Greek, and Latin; he started out as an associate pronouncer before taking the lead fifteen years ago. In 2006, he played himself in Akeelah and the Bee, a drama about a girl from South Los Angeles who makes it to the national competition. “For a lot of kids, the stranger and weirder a word is, the easier it is,” Bailly observes. “A word like ‘humuhumunukunukuapuaa’ [the Hawaiian state fish] is memorable. It’s the words like ‘accommodate’ and ‘embarrass’—those are the hard ones.”